The 2023 Campaign includes the following two teams with a  highlight of the tour being a 2-day camp spent with international player and coaches Dave Hammond and Pablo Navarro at the Pama Golden Knights Training Academy in California. The teams also play an exhibition game against California as a warmup prior to the tournament.

Whilst NARCh (North American Roller Championships) is traditionally a club based tournament, a number of countries use the tournament as national development for their junior men so they can experience the level of hockey needed to perform at an international level for further competitions like World Roller Games.

IHNZ is committed (particularly after the Covid pandemic has put paid to any overseas competitions) to developing the high performance aspect of the game and has a pathway in place for their players. The 16U team will play in the 16U grade with the 18U team playing both 18U and 21U – a stretch target but one that will show them what they need to improve on to be successful in the future.

Keep a lookout for results and livestream links to watch all the action! 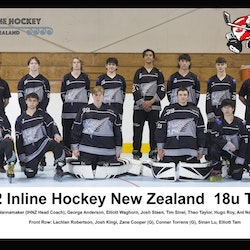 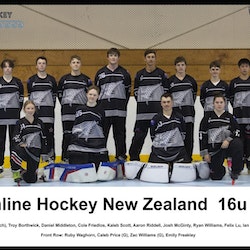